It is a well-known fact I have become addicted to handgun hunting. As a hunter, I’ve always embraced hunting through a variety of means and methods, allowing me to start and end my season earlier in many cases. I consider myself a whitetail hunting fanatic, and as such, I’ve never turned down a chance to hunt with something different. Which lead me into the world of handgun hunting so I could have more reasons to hunt whitetails.

This new addiction has forced me to learn a lot more about how handguns work, how the ballistics of different calibers perform, what ammo works best in hunting, as well as sending me to the range more than ever to learn better trigger control. When you look at handguns, I favor the ones made by Smith & Wesson. You can tell immediately they’re designed for ultimate performance in the field. Many of the models I hunt with have muzzle breaks at the end of the barrel to help reduce recoil. Furthermore, many of these handguns are built to be better balanced in the field, allowing for the opportunity to hunt at longer distances with higher performance. In addition, many of them have triggers that are far more crisp than say some models you might find, which really helps when it comes to trigger control when a whitetail is standing in front of you. Finally, they are built to add various accessories such as scopes, fiber optic sights, and various red/green dot sights.

This past season I spent a lot of time shooting my Smith & Wesson Performance Center® Model 629 Stealth Hunter in .44 magnum. This is one of my favorite hunting handguns and I’ve been using it for nearly a decade. I recently mounted a Trijicon SRO sight on top of it to field test that sight after shooting the Trijicon RMR sight in the past off this handgun. My early thoughts are this is the best sight in its class.

The Trijicon SRO is very easy to acquire a whitetail in the sights and place the dot onto the vitals. I am very impressed with the sight picture and how easy it was to sight it in. Overall, I feel this is the best option for this style of sight when it comes to hunting.

Looking back at my first handgun whitetail buck taken with this model of handgun, I vividly recall practicing all summer at various distances but none of that practice prepared me for that hunt. With little experience personally when it came to handgun hunting, I was, to say the least, nervous throughout the entire encounter. I still remember it vividly, the way that deer was darting in and out of the trees while running and fighting with another deer as they tried to prove dominance to a doe that was nearby. My hands were sweating nonstop as I prayed from inside the pop-up blind for the buck to stop in a narrow shooting lane. He finally did, and ended up turned quartering slightly towards me and I pulled my shot a little bit. I was so worked up that I honestly wasn’t even sure I’d hit the deer. It ended up being that I did in fact, hit the deer mid body up and down but slightly back, so I knew it was a mortal hit. We found the buck about two hours after the shot. My takeaway was that I needed to practice, practice, practice, and really work on my trigger pull with a handgun to help me overcome the excitement of a deer finally giving me a shot.

I also learned to study more on the various handgun loads. When it comes to most of my hunting and shooting with that handgun, I’ve settled on 200-grain XTP .44 mag ammo from Hornady. I can say undoubtably, the Smith & Wesson Performance Center® Model 629 Stealth Hunter in .44 Magnum set up will always be in my top three favorite hunting handguns and I would argue around about any campfire why I prefer it.

Aside from the .460 S&W Magnum cartridge, the revolver can chamber .454 Casull and .45 Colt ammunition. Personally, we’ll use .45 long colt out on the range a lot of times for practicing specific hunting scenarios or if we want to work on our trigger pull. The key reasons being that load is cheaper and does not punish your hands quite as bad as the .460 ammo.

Smith & Wesson offers this handgun in a variety of barrel lengths, and you can order them with HIVIZ fiber optic sights already equipped (which we recommend and have used in the field). I believe when hunting with open sights, HIVIZ fiber optics sights allow you to acquire the target faster due to its light gathering capabilities. This helps tremendously during those early morning or late evening times thanks to its light-gathering capabilities. I believe this forces me to focus on the sight picture by it catching my eye quickly as I bring the handgun into play on the vitals of a deer or other animal I’m hunting.

I spent one summer really working with the .460XVR fitted with HIVIZ sights in an effort to take a buck with open sights with the.460 XVR. That experience and the buck I ended up taking, turned out to be one of my biggest handgun bucks ever. I can still see that buck and the other buck he was traveling with working through a broomweed field and coming into range. After calming myself, the .460 round found the lungs and I found the buck less than 60 yards from where I took the shot. The summer of practice really paid off on that one.

Regardless, of what model you hunt with, regardless of what caliber you settle on, I simply say practice a lot for the hunting scenarios you likely will encounter. I also recommend that you spend time shooting off a good brace to build confidence in both your trigger pull but also the sight picture for whatever you are going to use be it a scope, red dot, or open sights. The more you shoot, the more confident you’ll be when it comes time to take a shot on whatever you’re hunting.

One thought on “Which Handguns I Use for Hunting Whitetail” 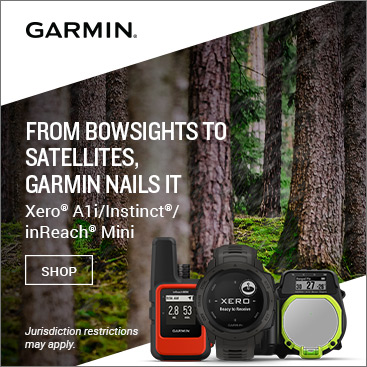 Who’s had luck hunting corn fields?
Registration is NOW OPEN for the @bassproshops U.S. Open Bowfishing Championship!
Shotguns can do it all, who loves hunting whitetails with shotguns?
Registration for the LARGEST BOWFISHING event of the year opens tomorrow!
What kind of arrows are you shooting? Check out Wade’s thoughts on the BlackOut MX6s.
Happy #FeelGoodFriday!